With the advent of plastic bags, the environmental concerns linked to them began to increase. They are made of non-renewable resources. An estimated Million sea creatures die yearly from eating or getting entangled in plastic bags. 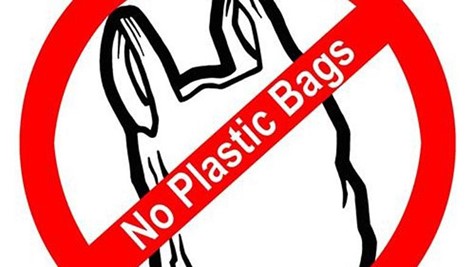 What are plastic bags made of?

Plastic bags are made from polyethylene derived from petroleum or natural gas. They take about 200 years to degrade and can release toxins into the environment as they degrade. This composition makes them very cheap and easy to produce, which is why they are so prevalent.

The plastic waste crisis is so big that some countries have had to take drastic measures to try and curb the use of plastic bags. Plastic bags are one of the most common items found during beach cleanups. They can take up to 1,000 years to decompose and end up in landfills or as litter.

Which Countries Have Banned Plastic Bags?

Typically, countries that have banned plastic bags are ones with extensive coastlines or a strong environmental focus. Here a question arises which country banned plastic first? It is believed that Bangladesh was the first to implement a ban on plastic bags in 2002 after it was found that they were clogging drainage systems and causing flooding. Several other countries in Asia, Africa, and Latin America implemented their bans to follow suit.

How Many Countries Ban Plastic Bags?

According to a United Nations paper and other reports, as of July 2021, 77 countries have partially or fully banned plastic bags. It is estimated that these countries have a population of 2.1 billion, more than 25 percent of the world’s population. The report also states that around 40 percent of the world’s coastline is affected by plastic pollution. Some of these are:

In 2008, China banned producing and selling ultra-thin plastic bags (less than 0.025 millimeters thick) to reduce pollution. The country also requires that retailers charge customers for other types of plastic bags.

In March 2020, New York State became the first US state to ban single-use plastic bags. The ban applies to all retail stores and takeout food establishments. After new york the state of new jersey also became the second state in the US to ban plastic bags. With the plastic bag ban in NJ, the number of states with laws against plastic bags has doubled.   This is a huge step in the right direction but we still have a long way to go.

The UK had set to ban the sale of single-use plastic bags in April of 2021. The ban applied to all retailers, including supermarkets, convenience stores, and takeout restaurants. All customers must bring their reusable bags or pay a small fee for a “bag for life.” For stores that don’t comply, there will be a fine of up to £100,000.

Canada banned single-use plastic bags nationwide in July of 2021. The ban applied to all that sell food. They also ban poly bags, commonly used for packaging bread, fruits, and vegetables. It is also illegal to sell or distribute plastic bags that don’t decompose within three years. For the next two years, the Canadian government will work with businesses to help them find alternatives to plastic bags.

The plastic bag ban in Australia has been effective since the 1st of July, 2018. The Northern Territory became the first state or territory to ban plastic bags. The government committed to the ban after a successful trial in the town of Katherine.

The United Arab Emirates has announced a nationwide ban on plastic bags, with the directive coming into effect from July 1st, 2019. The move is part of the country’s efforts to reduce environmental pollution and conserve natural resources. The plastic bag ban in UAE will help to achieve the goals set out in the UAE’s National Agenda.

The Indian state of Maharashtra has become the first in the country to ban plastic bags. With the directives coming into effect on June 23rd, 2017, the state has banned the manufacture, use, storage, distribution, sale and transport of plastic bags. The plastic bag ban in India is excellent news for the environment as it will help to reduce pollution in the country. 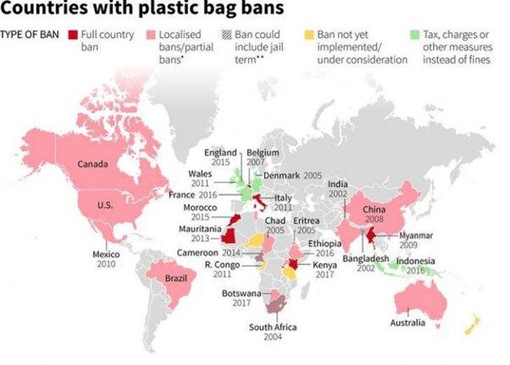 Which countries have banned plastic bag

Did you know that the average American family takes home almost 1,500 plastic shopping bags annually? Just think about all those plastic bags ending up in our landfills or floating around in our oceans. So it’s no surprise that many countries have started to ban plastic bags! Here are some interesting facts about plastic bag bans around the world: 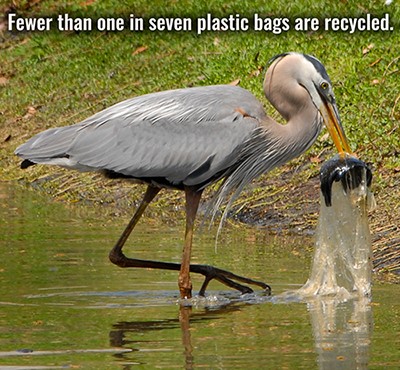 These facts are quite alarming, which is why many countries have decided to take action by banning plastic bags. The campaign to reduce plastic bags and save marine life is getting bigger and bigger. The systematic approach is to reduce the production of plastic bags and replace them with reusable bags.

How Does Banning Plastic Bags Help the Environment?

When plastic bags are disposed of in landfills, they take up a lot of space and release harmful chemicals into the soil and water. However, recycled materials can be used to make new products, such as garbage bags, packaging materials, and clothing.

Another way banning plastic bags helps the environment is by reducing marine pollution. Plastic bags are one of the most common types of marine debris and can devastate marine life.

Banning plastic bags can also help to improve drainage infrastructure. Plastic bags often block drains and sewers, which can lead to flooding. In addition, they can clog the pumps of water treatment plants, causing them to break down.

Soil erosion is a major environmental problem. It occurs when the topsoil is washed away by rain or wind, which can devastate the environment. Keeping the ground covered with vegetation is essential to prevent soil erosion. However, plastic bags can prevent vegetation from growing and soil erosion.

The production of plastic bags requires a lot of energy. It takes about 12 million barrels of oil to produce one billion plastic bags. Banning plastic bags can help to save energy and reduce the carbon footprint.

What Is The Best Replacement Solution To Plastic Bags?

A paper carry bag is made of paper, usually kraft paper. Paper bags are commonly used as a shopping, promotional, packaging, and carrier bags. These paper bags can be customized according to the buyer’s needs. There are a lot of benefits that paper bags have over plastic bags. 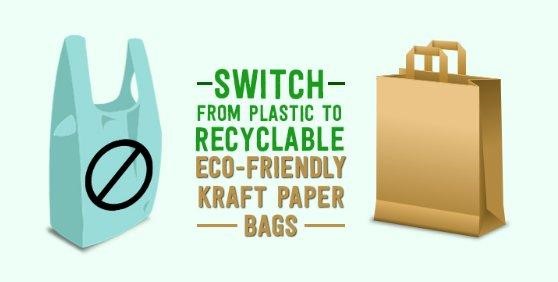 Typically, paper bags are more environment-friendly than plastic bags. They are biodegradable and can be easily recycled. Plastic bags, on the other hand, take a very long time to decompose, and they also pollute the environment.

Carry bags made from paper are also more durable than plastic bags. They can carry heavier items and are less likely to tear. Plastic bags are prone to tearing and can only carry lighter items.

Which countries have banned plastic bag?-Conclusion:

Paper bags are a great option to reduce environmental pollution and replace conventional plastic bags. You can carry them quickly as they occupy less space. Plastic bags not only pollute the environment but also take years to decompose. Encouraging people to use paper bags is better because they are more durable and environment-friendly. You can quickly find paper bags in the market cheaper than plastic bags.

If you are looking for a reliable paper bag manufacturer, Nova Machinery is a perfect choice. Contact us today to learn more about our products and services.

The bans on plastic bags have been put in place to encourage reusable shopping bags and reduce litter. Plastic bags are one of the most common items found in litter and can cause problems for wildlife if they end up in the environment.

Most plastic bags are made from polyethylene derived from petroleum or natural gas. Plastic bags can also be made from recycled materials, such as plastic bottles.