Harmful toxins from plastic bags can enter the food chain and harm human health. They can also cause animals to suffer and die. Plastic bags are a major source of litter. They float in the ocean, clog drains, and pollute our beaches and waterways. Banning plastic bags in Australia will ultimately reduce the amount of plastic in our environment, help protect our wildlife and safeguard our health. This blog will provide information on Australia’s plastic bag ban.

The plastic bag ban in Australia is a policy that prohibits stores from giving out plastic bags to customers. The ban applies to all plastic bags, including single-use shopping bags, reusable bags, and thick garbage bags. The ban was first introduced in South Australia in 2009. It has since been implemented in all Australian states and territories except Victoria and Western Australia.

The use of plastic bags has been on the rise for many years. It is estimated that Australians use around 4 billion plastic bags each year. This equates to approximately 10 million new plastic bags being used every day. The NRA estimates that the average person uses around 170 plastic bags annually. The plastic bag ban aims to reduce the amount of plastic waste produced yearly. Some people argue that the ban will be detrimental to businesses, as customers may choose to shop at stores that do not have the ban in place. Others argue that the ban will cause inconvenience for shoppers, as they will have to remember to bring their bags when they go to the store. 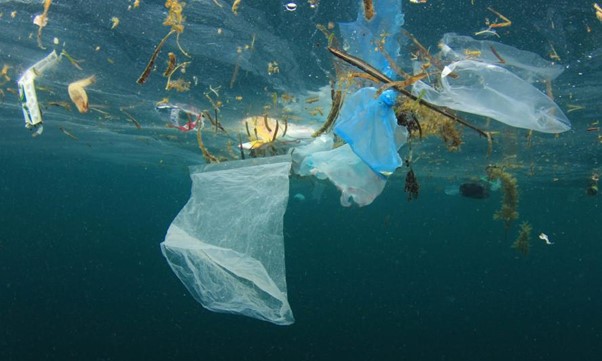 The number of dangerous plastic bags is exponentially increasing. They fill up our landfills, clog our waterways and endanger wildlife. With the widespread use of social media, the issue of plastic bags has gone viral. Marine life is dying because of the toxic chemicals in the plastic, which eventually end up in our food. The problems associated with plastic bags are:

The Australian government has responded to the issue of plastic pollution by banning single-use plastic bags nationwide. Many people ask when plastic bags were banned in Australia. The ban came into effect in 2011 and prohibited retailers from supplying customers with lightweight plastic bags less than 35 microns thick. But the ban didn’t extend to all types of plastic bags.

While the federal government’s decision is a step in the right direction, some environmental groups are concerned that the ban does not go far enough. They argue that thicker plastic bags, while better than thin ones, still threaten marine life and the environment. Australian plastic bag ban is the first of its kind in the world and will hopefully set a precedent for other countries to follow.

Where are plastic bags banned in Australia

The detrimental effects of plastic bags are well-known. They’re a major contributor to environmental pollution, a danger to wildlife, and take centuries to break down. That’s why many countries have decided to ban them altogether. Here are some of the places in Australia where you won’t be able to find plastic bags:

In July 2018, Queensland became the first state in Australia to ban plastic bags. The ban of plastic bags in Australia applies to all retailers, including supermarkets, convenience stores, and takeaway food outlets. Shoppers now have to pay 15 cents for a reusable bag or bring their own from home.

Victoria was set to ban lightweight plastic bags from 1 November 2019. All the major supermarkets in the state, including Coles, Woolworths, and Aldi, have stopped giving out plastic bags. However, the ban was put on hold indefinitely due to public backlash.

NSW doesn’t have a statewide ban on plastic bags, but many local councils have introduced their bans. For example, plastic bags are not allowed in Newcastle, Waverley, and Willoughby. Along the coast, many councils, including Byron Shire, Shoalhaven, and Eurobodalla, have also implemented bans. In case of any doubt, it’s always best to check with your local council.

Tasmania was the first state in Australia to ban plastic bags back in 2013. The ban covers all retail stores, and there are heavy fines for businesses that break the rules. The single-use plastic bag ban has been very successful, with a 90% reduction in the use of plastic bags since it was introduced.

Many other states, including western Australia, South Australia, and the Northern Territory, also banned plastic bags or are in the process of doing so.

What you can do to reduce your plastic bag use

We’ve all been there before. You’re at the grocery store, standing in line to check out, and you realize you forgot to bring your reusable bags. So what do you do?  Sometimes we all forget or run into situations where we don’t have them with us. Here are some tips for what you can do to reduce your plastic bag use:

This one seems obvious, but it’s the best way to reduce plastic bag use. If you always have a reusable bag, you’ll never have to use a plastic one.

If you forget your bags or find yourself in a situation where you don’t have any, simply say no to the plastic bags and carry your items out without them.

If you must use a disposable bag, choose paper over plastic. Eco friendly Paper bags are more easily recycled than plastic bags and have a lower environmental impact.

Most grocery stores have a plastic bag recycling bin where you can recycle your used plastic bags.

By following these tips, you can help reduce the number of plastic bags used and discarded yearly. Every little bit helps!

Plastic bags are the way of the past, and it’s time for Australia sustainability to join the rest of the world in banning them. With so many alternative options available, there’s no reason to continue using plastic bags, which are harmful to both the environment and animals. Using paper bags is a fantastic way to reduce your reliance on plastic and help the planet simultaneously.

Nova Machinery is the most trusted supplier of all paper bag-making machines, including food paper bag machines, square bottom paper bag machines, and many more. They provide machines with the latest technology and advancements to make your paper bag manufacturing process easier. Get in touch with them today for more information.

Are plastic bags banned in NSW?

Yes, in 2021, a ban on lightweight plastic bags will be enacted in New South Wales. The use of plastic bags has long been a contentious issue in Australia. NSW is the third state to ban plastic bags, after Tasmania and South Australia.

What is the best replacement for plastic bags?

There are many options when it comes to replacing plastic bags. Some popular options include reusable shopping bags, fabric tote bags, and paper bags. Each option has pros and cons, so be sure to do your research before making a decision.