Thousands of plastic bags are consumed every day in India. They are used for various purposes such as carrying groceries, storing food, and even as garbage bags. Though they are very convenient, plastic bags come with many environmental problems. India has a population of over 1.3 billion people, and it is estimated that each person uses about 10-11 plastic bags per day. It means that India uses approximately 13.5-15 billion plastic bags every day. Plastic bag ban in India was also born.

The problem with plastic bags is that they are not biodegradable, meaning they cannot be broken down by nature. It means they will stay in the environment for centuries, polluting the land and water and killing animals.

Plastic bags are also a significant source of litter, and they often end up in the ocean, where they can kill marine life. The government of India has recognized the problems associated with plastic bags, and in 2019, they decided to ban them. Let’s explore why this ban was necessary and its positive effects on the environment.

Banning single-use plastic bags is a key to environmental sustainability

Plastic bags are one of our most unnecessary and harmful inventions. They are made from non-renewable fossil fuels, pollute our environment, and kill animals. That’s why India must become the latest country to ban single-use plastic bags. As of October 2nd, all shops and marketplaces in India are now prohibited from giving out plastic bags to customers.

The Central government has imposed a complete ban on the manufacturing, sale, and use of all plastic carry bags, regardless of their thickness. The production, storage, distribution, and import of such bags have also been banned under the new rules. Polythene bags banned in India result in less environmental pollution and, ultimately, a cleaner and healthier environment.

According to the Plastic Waste (Management and Handling) Rules, 2021, ”No person shall manufacture or sell or distribute or import plastic carry bags with a thickness of fewer than 50 microns.”

The environment is a big concern for our future generations, and it is high time we take some serious steps to improve the quality of air, water, and land. By banning single-use plastic bags, India has taken a small but significant step in the right direction. It is seen that with a little less plastic around, animals and birds are also feeling safer. 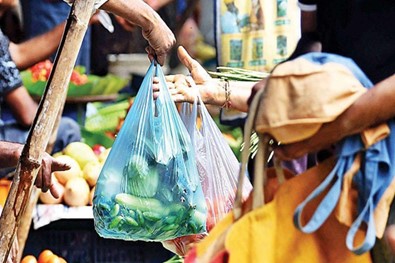 Regions in India that have successfully banned plastic

At the end of 2022, India plans to implement a nationwide ban on single-use plastic. It is a huge undertaking, considering that India is the second most populous country in the world. But if any country can do it, India can. After all, there are already several states and union territories in India that have successfully banned plastic. These include:

India’s financial capital, Mumbai, is located in Maharashtra. In 2019, the state government imposed a ban on single-use plastic bags. The plastic bag ban in India applies to all plastic bags below 50 microns in thickness. This state is also working on plans to ban other items such as plastic straws, cotton buds, and Styrofoam products.

In this hilly state in northern India, the government has banned all types of plastic bags, regardless of their thickness. Single-use plastic bags are strictly prohibited, and violators can be fined with heavy penalties.

The Indian capital, New Delhi, has also banned single-use plastic bags. However, the rules are not strictly enforced, and many shopkeepers continue giving out plastic bags to customers. But the government is working on changing this, and it is only a matter of time before the ban is fully implemented.

This southern state is one of the most progressive states in India when it comes to environmental issues. In 2019, the Kerala government imposed a complete ban on plastic bags. It was a bold move, considering that Kerala is a major tourist destination, and businesses widely use plastic bags in the hospitality industry. Plastic packaging is also banned in the state.

These are just some of the regions in India that have successfully banned plastic. With time, it is hoped that the rest of the country will also follow suit and implement a nationwide ban on single-use plastic.

The consequences of not banning plastic bags

In India, it is estimated that around 15 billion plastic bags are consumed every year. That’s about 40,000 tonnes of plastic waste generated annually! Of this vast amount of plastic waste, only 60% is recycled. The remaining 40% finds its way into landfills or is dumped in the environment causing severe damage. Some include:

One of the significant environmental concerns that arise from the use of plastic bags is the pollution it causes. Plastic takes centuries to decompose and, in the process, releases harmful toxins and chemicals into the soil and water bodies. These environmental issues are categorized into the following:

Plastic bags dumped in landfills often find their way into the soil, contaminating it. The toxins released from the plastic can enter the food chain and eventually end up being consumed by humans causing health problems. Plastic items such as bottles and bags can also clog drains leading to flooding.

Plastic bags dumped in the water bodies often choke marine life. The plastic waste also ends up in the food chain as fish, and other sea creatures mistake it for food and consume it. It can lead to serious health problems for both animals and humans. 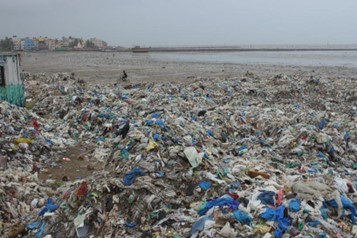 Burning plastic releases harmful toxins and chemicals into the air, causing air pollution. Plastic is made from fossil fuels, and the production as well as burning of plastic results in greenhouse gas emissions. These emissions contribute to climate change.

Another primary concern caused by plastic bags is the cruelty towards animals. Animals often mistake plastic for food and end up consuming it. It can cause serious health problems and, in some cases, even death. Plastic can also choke and suffocate animals. 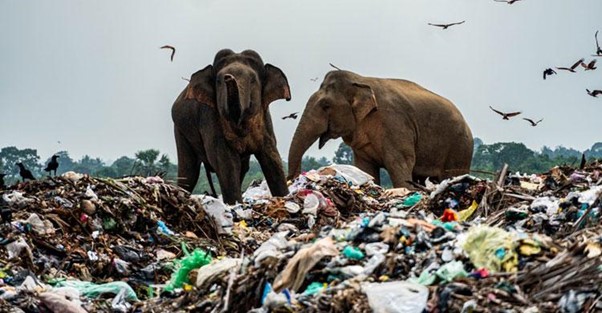 Plastic bags can also be a threat to human health. The toxins released from the plastic can leach into the food and water we consume, causing severe health problems. Some of these health concerns include:

Banning plastic bags is one of the most effective ways to reduce the environmental and health concerns caused by them. India has taken the right direction by announcing a ban on thin plastic bags. However, this ban needs to be enforced effectively to ensure that it is successful.

Why should we not use plastic bags?

Plastic bags are one of the most common items in our daily lives. The plastic waste produced yearly is enough to circulate on the earth four times. We use them to carry groceries, clothes, and even our lunch.

The devasting effects of plastic bags are often overlooked because of their convenience. However, it is essential to be aware of the dangers they pose to our environment and our health. We must avoid using plastic bags as much as possible to protect ourselves from these dangers.

Paper bag packaging is the most obvious alternative to plastic bags. They are made from renewable resources. However, paper bags have a much higher carbon footprint than plastic bags.

Kraft paper bags are the most environmentally friendly option as they are made from 100% recycled paper and have a smaller carbon footprint. Paper bags come in different sizes, colors, and designs. They are also more durable than plastic bags. 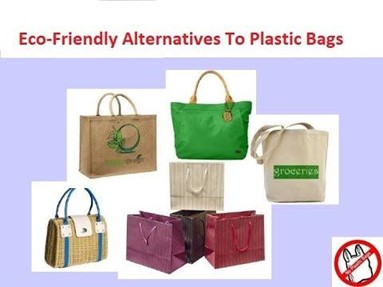 Another eco-friendly alternative to plastic bags is reusable bags. These can be made from materials such as cloth, jute, and even recycled plastic bottles. Reusable bags are a great way to reduce plastic waste as they can be used multiple times.

Plastic bags are a significant pollutant and a threat to the environment and human health. They should be avoided as much as possible. Paper bags and reusable bags are two eco-friendly alternatives to plastic bags. Nova machinery is the worldwide distributor of paper bag-making machines.

They offer a wide range of machines that are suitable for any business. These include square bottom paper bag-making machines, flexo printing machines, and many more. Nova machinery is the perfect solution if you are looking for an alternative to plastic bags.

1. Which states have banned plastic bags in India?

The Indian state of Maharashtra has banned the use of plastic bags. This ban includes all types of plastic bags, regardless of their thickness. Other states are Uttar Pradesh, Goa, Himachal Pradesh, Rajasthan, and Kerala, West Bengal. All these states have either banned or levied taxes on plastic bags.

No, India is not completely plastic free. However, the Indian government has taken steps to reduce the amount of plastic waste produced each year. One of these steps is the ban on thin plastic bags.

3. What is the best alternative to plastic bags?

Paper bags are the best alternative to plastic bags. They do not pollute the environment and are made from renewable resources. Paper bags are an environmentally friendly option and are easily recyclable.