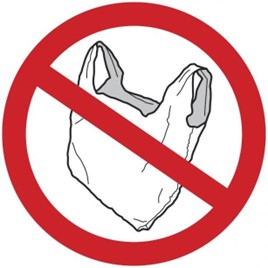 The world is rushing towards development, and plastic use is increasing daily in this era of modernization. It has become an integral part of our daily lives. Plastic is used for various purposes such as packing, storage, transportation, etc. UAE is also one of the countries which are highly dependent on plastic. But due to the destructive nature of plastic, it is now banned in many countries.

States that have banned plastic bags in UAE

UAE is a country composed of seven emirates. The excessive use of plastic bags has led to banning these bags in all the emirates of UAE. The plastic bag ban was first implemented in Abu Dhabi, and then it was followed by other emirates. The government has yet to impose a ban on single-use plastic and is gradually making efforts to ban all types of plastic.

The government has also set up a task force that will be responsible for the implementation of this ban. The task force will coordinate with the municipalities and other concerned authorities to ensure that the ban is imposed effectively. The states which are under this ban are as follows:

The use of plastic bags is banned in the Emirate of Dubai as of July 1, 2022, under Article 24 of Decree No. 11/2013, His Highness Sheikh Khalifa bin Zayed Al Nahyan, President of the UAE. The decree aims to preserve the environment and reduce pollution caused by the improper disposal of plastic bags.

Plastic bag manufacturers in UAE have been given a deadline to comply with new environmental regulations or face a total ban on the production and use of plastic bags.

The regulation, announced by the Sharjah Environment and Protected Areas Authority (EPAA), will see a complete ban on all types of plastic bags in the emirate until 2023. All kinds of shopping bags made with plastic, including those with handles, are banned in Sharjah and bag supplier will face huge fine in case of violation.

Abu Dhabi is the first state of the United Arab Emirates to have announced a total ban on single-use plastic bags from June 1, 2022. The decision was made as part of the emirate’s efforts to preserve the environment, reduce pollution, and raise public awareness about the harmful effects of plastic bags on human health and the environment.

Ajman has joined hands with the other emirates in banning single-use plastic bags. UAE, the world’s major oil producer, is estimated that every year more than 3.5 million tonnes of oil are used to make plastic bags which are eventually discarded as litter. So, to reduce this pollution and save the environment, Ajman has taken this step.

In alignment with His Highness Sheikh Hamad bin Mohammed Al Sharqi, Supreme Council Member and Ruler of Fujairah, a ban on plastic bags has been enforced in Fujairah. The ban includes all types of plastic bags regardless of their thickness or size.

All businesses, including supermarkets, hypermarkets, Cooperatives, and other retail outlets, have been instructed to comply with the ban.

Plastic polythene bags are one of the worst pollutants. They are non-biodegradable and cause great harm to the environment. Plastic bags are made from petroleum products, and their production releases harmful greenhouse gases into the atmosphere. 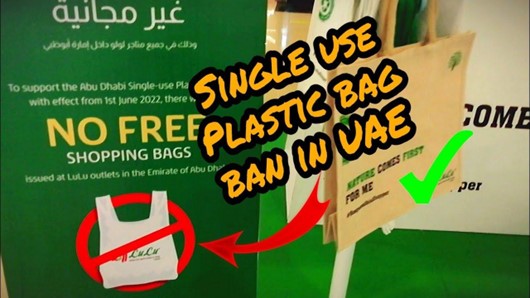 The plastic bags take hundreds of years to decompose, and in the meantime, they pollute the land and water. They threaten the wildlife as animals often mistake them for food and ingest them. Some of the most common effects of plastic bags are:

The production of plastic bags emits harmful toxins into the environment. Toxins are released when the plastic is burned. Black smoke is produced when plastic is burned, and this smoke contains toxins that can cause cancer. Besides cancer, many lung and respiratory problems have been linked to inhaling these toxins.

Eutrophication is a process where a body of water becomes overly enriched with minerals and nutrients, which results in the excessive growth of aquatic plants. Plastic bag pollution is a major contributing factor to eutrophication.

When the plastic bags decompose, they release harmful chemicals and toxins into the water, which causes the aquatic plants to grow excessively. This process depletes the oxygen in the water, which the fish and other marine life need.

When it rains, the plastic bags littering the streets and roads get carried away by the rainwater and end up in rivers and lakes. The plastic bags block the drains and cause floods. They also pollute the water bodies and kill the aquatic life. 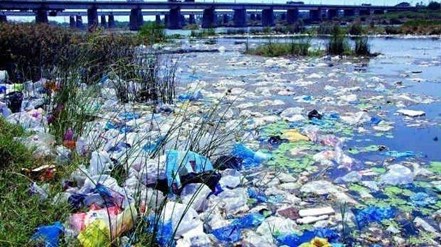 Land pollution is caused by the accumulation of plastic bags on the land. They litter the streets and parks and take centuries to decompose. The plastic bags that are thrown away at landfill sites release methane gas, which is a greenhouse gas. This gas contributes to global warming.

Why is there so much opposition to the plastic bag ban in UAE?

UAE is the Middle East’s shopping hub, and plastic bags are an essential part of the shopping experience for many residents and tourists. When government officials announced a ban on plastic bags, there was a lot of opposition from the public.

The main reason for the opposition is that people feel that they will have to spend more money on shopping if they have to purchase reusable bags. However, government officials argue that the long-term benefits of the ban outweigh the short-term costs. To ban single-use plastic is necessary to reduce the amount of waste that goes into landfills and to protect the environment. Some main reasons for opposition are:

The government has been working hard to raise awareness about reducing plastic waste. They have launched a social media campaign and have been working with businesses to promote the use of eco bag, paper bags, and reusable bags.

With time, it is hoped that the public will come to see the benefits of the ban and that there will be less opposition to it.

There are many benefits of banning single-use plastic bags in the UAE. The most significant ones include:

One of the most important benefits of banning single-use plastic bags is that it helps to keep our environment clean. These bags are non-biodegradable, which means they can take centuries to decompose. They pollute the soil and clog up drainage systems, posing a serious environmental threat. 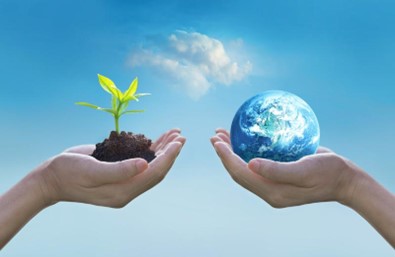 Single-use plastic bags are usually made from fossil fuels such as natural gas and petroleum. The production of these bags emits harmful greenhouse gases into the atmosphere, contributing to climate change. By banning them, we can help reduce carbon emissions and do our bit for the environment.

Banning single-use plastic bags can also help save fuel and energy. The production of these bags requires a lot of energy, which results in burning fossil fuels and releasing harmful greenhouse gases into the atmosphere. Recycling paper bags takes much less energy and helps to conserve our natural resources.

We can support the local economy by banning single-use plastic bags. These bags are usually imported from other countries, meaning the money spent on them goes out of the country. However, if we use reusable bags made locally, the money will stay within the UAE, supporting our economy.

What can be done to reduce the use of plastic bags?

We must consider how we can help preserve our environment by reducing plastic bags. The alternatives to plastic bags are: 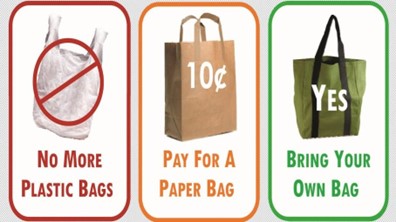 It is the best alternative to plastic bags. Paper bags decompose much faster than plastic and are made from renewable resources. It is durable, reusable, and biodegradable. Many stores are using paper bags now and leave a positive environmental impact.

Reusable bags are made from materials like cloth, jute, and canvas. They are extremely durable and can be used multiple times. They don’t tear easily and can be washed when they get dirty. It is the best way to reduce your carbon footprint and save the environment.

This is the most convenient way to reduce your use of plastic bags. Whenever you go shopping, make sure to bring your bags with you. This way, you won’t have to rely on the store to provide you with a bag. You can also use this opportunity to promote reusable bags to your friends and family.

The single use plastic bag ban in UAE is a great idea to help reduce the waste produced yearly. This will also help to keep the environment clean and safe for future generations. Use paper bags to avoid using plastic bags. Nova Machinery is your best choice for paper bag making machines. With over ten years of experience, they can provide you with the best machines and services and help to save the world from plastic pollution. Nova has got you covered whether you want a tin tie bag machine, d cut bag making machine, or a flat handle making machine.

1. Should plastic bags not be banned?

Plastic bags should be banned as they are one of the leading causes of pollution. They have negative and destructive effects on the environment, which can be extremely harmful to both human beings and animals.

2. How many countries have banned single-use plastic?

Until 2022, 94 countries had either banned or partially restricted single-use plastics.

3. Why should we use paper bags instead of plastic bags?

Paper bags are biodegradable and recyclable, making them a much better environmental choice. They come in different shapes and sizes to find the perfect one for your needs. Plus, they look great and are much more stylish than plastic bags.