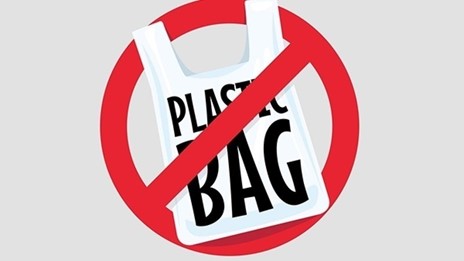 Why Should We Ban Plastic Bags

We’ve all seen the images of turtles with plastic straws stuck in their noses or birds entangled in six-pack rings and plastic bags. It is estimated that more than 5 trillion pieces of plastic debris are in the ocean. Of that mass, 269,000 tons float on the surface, while some 4 billion plastic microfibers per square kilometer litter the deep sea. In the 20th century, our production and use of plastic bags increased exponentially.

As the years go by, we are creating more and more plastic waste and fewer ways to recycle it. A plastic bag takes hundreds of years to degrade, so every piece of plastic that has ever been created still exists today in some shape or form. Banning plastic bags is a necessary but insufficient step to solving the plastic pollution crisis. This blog post explores the reasons why we should ban plastic bags.

Why should we ban plastic bags |An overview

Consuming plastic bags has become a common convenience in our everyday lives, but the impact of plastic bags on the environment is enormous. Plastic bags are made from petroleum, natural gas, and other chemicals that are poisonous to the environment. Japan is the major contributor to plastic bag pollution, followed by the United States and China.

Making plastic bags generates harmful greenhouse gases, such as carbon dioxide and methane. These gases contribute to climate change, which is a major threat to our planet. Plastic bags pollute the environment and the country’s economy. The production of plastic bags uses a lot of energy and resources, which could be used for other purposes.

Banning plastic bags would reduce the amount of pollution in the environment and would also save the economy money. It is estimated that if all 50 states in the US banned plastic bags, it would save billions of dollars per year. That’s a lot of money that could be used to improve the infrastructure, education, and other important aspects of our society. Countries around the world are banning plastic.

Top 6 reasons why plastic bags should be banned:

You’re being asked if you’d like to purchase a plastic bag when you go to the store. And while it may not seem like a big deal to say “yes” and take that bag, the truth is that those plastic bags have some serious consequences for our environment, which banishing them could help reduce.

So what are those consequences? Here are reasons to avoid using plastic bags and to encourage others to do the same:

Poly bags or plastic bags are the main sources of environmental pollution. They are non-biodegradable, which means they cannot be decomposed by natural means. Once created, they exist forever; unless melted and remolded into another shape or form. Not to be degraded means they pollute the environment for centuries, slowly poisoning land, air, water, and every living being on earth. They are ultimately causing great harm to the environment and posing a serious threat to human health.

Land and water are the most crucial necessities of human beings and all other living organisms. They are the source of our food and water. All industrial and domestic wastes, including plastic bags, are dumped into water bodies or on land, polluting them. The soil becomes unfit for cultivation, and the water is unsuitable for consumption. Plastic bags choking drains, and clogging sewers are major causes of flooding in many cities.

Plastic bag garbage is one of the major causes of the death of marine life. Thousands of sea creatures like turtles, dolphins, seals, and whales are killed every year after swallowing or getting entangled in discarded plastic bags. They either die of suffocation or starvation. Birds also mistake plastic fragments for food and feed them to their chicks, eventually leading to their death. Plastic pollution affects even small fishes and other marine creatures as they mistake microplastics for food and ingest them.

The harmful chemicals in plastic bags can leach into food items and enter our bodies through ingestion. These chemicals can disrupt our hormone levels and cause various cancers, congenital disabilities, immune system problems, and other health issues. Plastic waste is also a breeding ground for harmful bacteria and mosquitoes, which can cause various diseases like malaria, dengue, etc.

Every year, the temperature of the earth increases gradually. The main reason for this global warming is the increased emission of greenhouse gases like carbon dioxide and methane into the atmosphere. The production of plastic bags also emits harmful greenhouse gases like methane and carbon dioxide, which are the main culprits behind global warming.

Plastic bag garbage is one of the major problems faced by the waste management system. Traditional waste disposal methods, like burning and landfilling, cannot be used to dispose of plastic bags. They need to be recycled, which is a time-consuming and expensive process. Even after recycling, only a small percentage of plastic bags can be reused, and the rest end up in landfills or polluting the environment.

There are several advantages to banning plastic bags. The most obvious are:

One of the most popular advantages of banning plastic bags is that it boosts the recycling industry. With people no longer being able to use plastic bags, they’ll have to find alternative means to carry their groceries which will often include reusing old bags or purchasing new ones made from recycled materials.

Every country spends a lot of money cleaning litter, including plastic bags. In addition, the production of plastic bags uses valuable resources like oil and gas. The amount saved by banning plastic bags can be used for other purposes such as education or healthcare.

There are certain disadvantages of banning plastic bags, which are as follows:

Plastic bags have become so ingrained in our daily lives that many people may not be willing to give them up. It would take a lot of education and awareness to get people to change their habits and start using reusable bags instead.

Grocery plastic bags are very convenient, and banning them may cause inconvenience to consumers. For example, if you forget your reusable bag at home, you would have to carry your groceries without a bag. This may not be a big deal for some people, but others may find it a hassle.

The world is slowly but surely waking up to plastic’s devastating effects on the environment. The best replacement for plastic bags is paper bags. Paper bags are made from renewable resources, recyclable, and decompose. With a little effort, we can all switch to paper and help save our planet.

Why should we ban plastic bags-FAQs

What are plastic bags made out of?

Plastic bags are made from polyethylene, which is derived from crude oil. It takes 400 years for a plastic bag to degrade, and in that time, it will release harmful toxins into the environment.

Where does a paper bag come from?

A paper bag comes from a renewable source, trees. Paper bags can be recycled and reused before they are eventually composted.